A Critique Worthy of Reflection and Questions

This is a reality check worthy of reflection and ponderance for Malay Nationalists. It is reproduced below:

Hourglass Economy - Prelude to the NEP 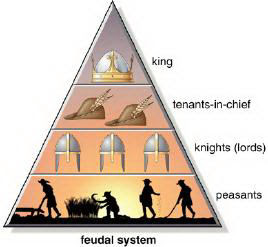 The better off Malay groups would be those living in commercial areas, the ports, the capital where the kings resided. Here the Malays were traders, artisans, craftsmen, fishermen, agriculturalists. They represented the more advanced, enterprising , vigorous sections of the Malay community. They were the middle class of ancient Malay regime.

When the Europeans came, Portuguese, Dutch and eventually English, the Europeans controlled international trade. Immigrants who had by then settled into these trading centres thrived and later moved into mainland areas.

The British had minimal contact with the common people. They were here, first of all on an economic mission. To exploit to the maximum, what the Malay peninsula had to offer. Their interactions were limited naturally with the Malay elite( those on the higher rungs of feudal hierarchy).

Like ruling elites all over the world, the Malay ruling elites psychological constitution was very porous. By this, we mean, members of the ruling elites were malleable elements who could be easily neutered and softened by easy living. In our modern times, progenies of these malleable and pliable elements are still hanging on to this tradition of living off other people. Feeding off their emotional enslavement which made them really, into the happy oppressed( an oxymoron right?). The most prominent example would be the DPM who champions the retention of this parasitic tradition, the tradition of the happy oppressed.

The ruling elite by then realised the dividends/blood.sweat and tears money, exacted from the nascent Malay commercial class were minuscule compared to rents received from the British and the immigrant class. They found a new cow which they could milk easily. In my mind, the ruling elite readily embraced the immigrants as a new and bigger source of easy wealth. By virtue of their economic strength, the immigrants bought themselves the most important accreditation- patronage and protection of the royal houses in the Malay peninsula.

Success at buying their way into royal patronage, in fact meant that ever since from the early part of the 19th century, the ruling elite had accepted the immigrants, especially the Chinese as their citizens. Wealthy Chinese were willing economic sycophants ever ready to extend financial favours to the Malay feudal elite. In modern times, when members of the royal houses state that Chinese are also their rakyat and therefore deserving of equal treatment, they were stating what was in fact practiced since the olden days.

Indeed, all these posturing about nationalism and more so of Malay nationalism are all political devices used by ruling elite, either of old or present, to remind the people of the existing ethnic, cultural and religious affinity. Enough to keep Malays happy and contented.

These are important, but sheer economics rule the day. At the end, powerful economics counterweight non pecuniary ties to qualify being accepted as citizens. This consideration alone, i.e. the realisation that the non Malays are crucial in providing economic comfort and security, moved a member of the ruling elite in modern times, to issue a proclamation that they, the non Malays are also our citizens.

The sobering reminder to the Malays- without your own economic power, your natural claim of citizenship based only on ethnic, cultural and religious sameness, can be easily neutralised.

Is it the problem with Malay Nationalism as the philosophical ideology or psychological drive for a struggle or for preservation of Malay sovereignty against colonisation and burden and remnants of colonisation? Or it is the weakness of feudalism or the historical habit of Malay feudal ruling class to abuse the system and culture for the short path to power and wealth? Or it is the human original sin and fallacy for greed and indolence?

Is the demand for market liberalisation, openness and free market NOT a manifestion of the greed and insolence of neo-colonialist reseeking back to the old "New World"? By that, isn't contemporary thinkings merely guided and grounded by only commerce and economics? Why should such ideas devoid of a soul be the guiding consideration in the rebuilding of a society and bulding of a nation state? Is it not succumbing back to the shackle of colonialism and bowing to ideas that has an underlying intention to deny our history?

Reality check should not mean conforming to the inevitable. Reflect and ponder this need to seek for the proper path forward.
Dicatat oleh Pesanan Keramat di 9/17/2008 01:30:00 PTG