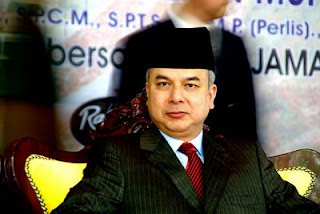 Full text of speech by Raja Muda of Perak Raja Nazrin Shah at the Diversity Matters Forum on Diasporas in the Commonwealth at Monash University, Sunway Campus on Nov 19, 2008.

The serious study of diversity and multiculturalism is precisely what the world needs at this critical juncture. I do not believe that we will ever approach the goal of human security until we are able to come to terms with our feelings of hatred, fear and apathy of our differences. If we were to spend but a tiny fraction of the resources poured into waging wars to promoting and appreciating how our differences work in our favour, rather than against it, the world would be an infinitely safer and more prosperous place.

Diversity is not only to be cherished; it is essential. I know this as an educationist for the store of knowledge does not increase until and unless there are differences in thinking. It is when there is stultifying uniformity that stagnation occurs. I know this as a Muslim for Islam recognises other religions. Islam itself is built on a history of myriad traditions. I know this as a Malaysian for what has built this country and made it strong are the contributions of its different communities. Malaysians of different races and religions have come together to put their shoulders to the collective plough despite their differences, something that many countries have not been so fortunate enough to share.

Large-scale migration of people, or in the language of this conference, diasporas, has been a constant feature in human history. As Ramesh Thakur, former Vice-Rector of the United Nations University and a noted scholar on human security, has written:

If human beings were not genetically programmed to travel vast distances, we would still be living in Africa. Whether our restlessness is rooted in curiosity about lands on the other side of the land or ocean, whether we seek to escape destitution and persecution “at home” or even whether we simply go astray, large-scale movements of peoples have been intrinsic to human nature and are an integral part of the human story.

But this, of course, is not the whole story. In receiving countries, public debate about immigration drives national politics, with recent electoral campaigns in Australia and the US each devoting substantial attention to the topic. Immigrants are often blamed for disrupting civil society, draining public coffers and lowering wages. At the same time, skilled immigrants receive credit for spurring innovation and the growth of technology sectors. To the extent that immigrants pay taxes and have the right to benefit from public services, they change the net tax burden on native residents. Once they become citizens, immigrants generally obtain the right to vote, altering domestic politics.

There are also sizeable effects on the sending country. Whilst emigration has brought a welcome financial windfall in the form of remittances, it has also drained poor economies of their most educated workers.

Among OECD countries, those with the largest immigrant presence in 2005 include Australia (24%), New Zealand (19%), Canada (19%) and the UK (10%). Australia, New Zealand and Canada are unique among receiving countries in using a point system (rather than quotas) for admission, in which individuals with higher levels of skill are favoured for entry. European countries take into account an individual’s refugee or asylee status in making immigrant admission decisions.

Among Commonwealth countries, India is the largest example of a diaspora-enriched, as well as enriching, country. There are estimated to be some 23 million non-resident Indians and persons of Indian origin. They represent significant minorities of the population of the United Kingdom, the United States, the Gulf States and countries on the African continent. Their combined wealth is estimated to be over US$1 trillion dollars in 2007, a figure roughly equivalent to India’s GDP. The World Bank has estimated that remittances by overseas Indians in 2006 were in the order of US$27 billion dollars, a little more than 10 percent of total global remittances in that year.

Significant as these numbers are, they still do not describe the full contribution. Successful migrants often return to their homeland and create new businesses, thereby acting as growth catalysts. Overseas Indians have been a vital conduit for multinational companies seeking to do business in the country. The Indian government has astutely sought to tap the Indian diaspora network by offering tax and other benefits. The latter are therefore being engaged and integrated into the country’s economic growth and development strategies.

For the receiving countries, the economic gains can be enormous. They gain a willing and energetic workforce, a thriving pool of taxpayers, and a growing domestic market for goods and services. Migrants often also take an active part in the social life and governance of their adopted countries. Many emerge as top government officials, brilliant academics and business personalities. Malaysia is a prime example of how a diaspora of Chinese, Indians and other races have led to the creation of a more heterogeneous and prosperous state. Today, all are integral to the Malaysian landscape; all belong. At the same time, Malaysians from all walks of life can be found all over the world and many have distinguished themselves in various fields.

I mention all these things with the full knowledge that there is already a long and rich discourse on these issues. I understand that among the important issues that will be discussed at this forum are how to ensure that the many diasporas are included, engaged and integrated in their adopted countries. In the remaining time available, allow me to share with you three perspectives on this issue.

First, diasporas can only be consistent with pluralistic societies. A pluralistic society is one that not only tolerates but appreciates and encourages the active participation of those of different races, cultures and lifestyles. Fundamental to the creation of truly pluralistic societies are two fundamental principles, that of equality and fairness. Of course, to ensure that these two principles are more than just nice thoughts and are vigorously enforced, the rule of law is required. And for the rule of law to be operational, there must be the most meticulous observation of the doctrine of separation of powers and the independence of the judiciary. In the UK in 1981, the Scarman report pointed out how minorities often had difficulty in getting good behaviour from the police and felt that they were discriminated. I have spoken long and often about these matters and do not wish to do so here. I also do not wish to appear to reduce the entire problem of managing diversity to a matter of the law. I do think, however, that it is a most basic building block underpinning pluralism.

Second, the principles of equality and fairness suggest a preferred policy of integration rather than assimilation. Integration accepts and enlists; it does not coerce. It respects and values differences as legitimate. Integration seeks a confederation of peoples and cultures unified by common values and voluntarily cooperating towards the common good.

Assimilation, on the other hand, seeks to change language, customs, religions and even worldviews. Nation-building was once thought to be impossible unless differences were subsumed into the dominant norm. Most of the time this has been achieved through relentless and merciless force. In the name of unity, immigrants have been forced to change their names, banned from using their mother tongue and prevented from holding certain jobs.

The integrationist path to nation building is a difficult one to pursue. In many ways more difficult than attempts at forced assimilation. In all of human history, wars have been waged over attempts to compel dissimilar communities either to fit into a uniform mould or else forcibly exclude them. Sadly, even today, there are those whose primary response to diversity is to pound those who are dissimilar into submission. They often react to diversity by insisting on socio-cultural uniformity rather than adaptability.

Integrationist approaches, it must be admitted, are beset by their own problems. Some countries that practice multiculturalism end up having significant enclaves of isolated and alienated communities. Each community stays in its own little box without contact with other communities. These communities are not bound by common ties or interests with mainstream society. Rather, they regard their adopted country in a purely utilitarian way, as places to eke out a living rather than a cherished homeland.

Which brings me to my third point. Integration is a gradual process consisting of many acts over many generations. By and large, immigrants everywhere have common needs and wants. They want food on the table, money to spend, their children educated and to be able to lead useful lives. They desire good homes, a physically secure environment, good healthcare and protection in their golden years. But many, especially those of subsequent generations, will also yearn for a deep sense of belonging and identity. To be incorporated into the wider community and not to be treated as strangers.

In this regard, the effort of some Commonwealth governments to introduce deliberate diversity policies in their public services is therefore a timely and responsive measure that can have manifold consequences down the line. Diversity needs to be promoted at every level, down to local governments and communities.

The idea behind multiculturalism is that countries with people of different cultural backgrounds should allow them to live a free life without being forced to do things they don’t want to do. What characterizes democratic life is that it is the person who decides, whether he or she wants to adjust more and be absorbed, or remain aloof. At the same time, the need to forge a community of people with shared values and interests remains paramount. The French riots in 2005 served as a reminder about what can happen if a country allows its immigrant communities to drift in the fringes of society without meaningful integration.

Where do we draw the line between the individual’s right to live the life he or she chooses and the need to forge a cohesive society? The notion that the burden of responsibility rests solely with receiving countries is perhaps misplaced. On the part of immigrant communities, the spirit of respecting and accepting local traditions, local history and system of government is equally important. A spirit reflected in the Malay saying, “di mana bumi di pijak – di situ langit di junjung”.

Multicultural societies are fast becoming the rule rather than the exception. Contrary to the rhetoric, however, it is not becoming a source of strength. Mankind is failing - and failing badly – at creating a sense of community. Instead race, culture and religion have become the dominant discourse.

We must avoid falling into a new and destructive form of modern day tribalism. Nothing is inevitable. Cultures can co-operate as much as clash.

We need to reclaim religion from those who would distort its truths. We must reject radicalism and extremism of all types. If there is someone in my society who is hungry, or unemployed or sick and cannot afford treatment, then it diminishes me even if he is of a different race or religion.