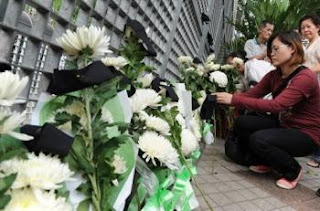 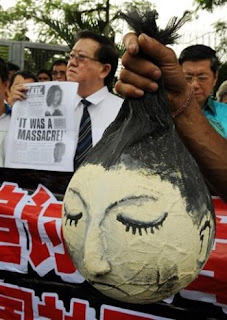 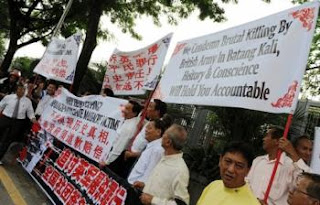 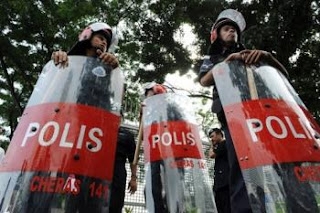 BATANG KALI, Malaysia (AFP) — Tham Yong is elderly and infirm, but the sole living survivor of Malaysia's 1948 Batang Kali massacre says she still vividly remembers what she calls "the day the British killed our men".

"After so much time, it still hurts me every time I talk about it, I remember it just like yesterday," she says, tears streaming down her cheeks as she recounts the slaying of 24 unarmed villagers by Scots Guards troops.

The 77-year-old former rubber tapper has spent decades fighting for compensation over the terrible events in the village of Batang Kali on December 11 and 12, 1948.

But as she succumbs to throat cancer, the campaign is being taken up by a new generation of activists and politicians who have demanded an apology from Britain and 80 million pounds (149 million dollars) in compensation.

The leader of the campaign, 40-year-old lawyer Quek Ngee Meng -- whose father lives in Batang Kali -- marched with a small band of supporters to the British High Commission on Friday to mark the 60th anniversary of the event.

The group presented a memorandum condemning the massacre to High Commissioner Boyd McCleary, who came out to the embassy gates to meet with the protesters.

"We are asking for a proper public enquiry to be held... I think it's a fair request," Quek told AFP.

"Let us show our evidence and if we have proven our case, then meet our demands. If the outcome favours the British government, then we will stop this protest," he said.

In June 1948, the British authorities declared a state of emergency in the colony then known as Malaya, which was overrun by communist insurgents engaged in a violent and brutal guerrilla war that would last 12 years.

The Chinese community in the multiracial nation were suspected of supporting the communists, as most of the insurgents were ethnic Chinese upset over a lack of rights that saw them endure appalling working conditions.

Many were unhappy that after World War II, in which the Chinese communists put up the only effective resistance in Japanese-occupied Malaya, they were now being offered only limited citizenship in the country they had fought for.

This, in addition to a post-war regional economic slowdown that brought massive unemployment, led many to join the communists in a campaign to oust the British colonial rulers.

To contain the insurrection, the authorities used British troops to carry out anti-guerrilla operations although many were raw recruits as most of the soldiers who had fought in World War II had been demobilised.

Batang Kali, which lies just outside the modern capital Kuala Lumpur, remains much like it was on the day when 14 British soldiers opened fire on unarmed men and torched the village.

Tham Yong still lives there, in a spartan house with cement floors, a single lightbulb and only a few sticks of furniture.

"The soldiers came in the evening as we were preparing our meal," said the elderly lady, who because of surgery for her throat cancer has to press closed a hole in her throat in order to speak.

"They rounded us all up and we were terrified," she said.

"Even though we said we were not communists and we had no weapons, they killed one of the young men in cold blood in front of my eyes because he had a permit to collect durians, written in Chinese."

"I think the British soldiers must have thought it was a communist document," she said.

"The soldiers then told him to run away but he didn't want to, but they pushed him and when he did run, they shot him from the back."

Tham Yong said the soldiers then locked the men, women and children in a small room overnight.

"The next morning they loaded the women and childen in a truck and just after we were out of view we heard many shots and we knew the men were dead," she said.

"We were kept away for a week and when we returned we found the bloated bodies, half eaten by animals with most of them looking as if they were running away when shot. Even today when I think of what happens, it hurts so much."

The shooting was quickly explained away by the local government, with the then Malayan attorney general saying an inquiry had been held and the troops vindicated, although no trace of this investigation has been found.

The guerrilla war left thousands dead and formally ended only in 1989 with the signing of a peace treaty with the Malayan Communist Party.

The massacre lay forgotten until Britain's People newspaper in 1970 published an explosive account of the killings, publishing sworn affidavits by several soldiers involved who admitted the villagers were shot in cold blood.

The soldiers said in the statements -- now on record in British archives -- that the villagers were forced at gun-point to run, and then killed in a bid to make it look like an escape attempt.

Some of the soldiers said they were ordered to kill the villagers as a desire for revenge brewed among senior officers after several communist insurgents killed British and local security personnel weeks before.

The revelations caused major ripples in Britain just ahead of national elections, with then defence secretary Dennis Healy promising a full investigation.

However, plans for the enquiry were dropped after the Conservatives took power.

It was not until 1992, when a BBC documentary reminded Malaysians of the killings, that interest was revived, but demands for an inquiry have failed to make any headway.

Cabinet minister Ong Tee Keat, who is head of the main Chinese component party in Malaysia's coalition government, said recently that the history of the guerrilla war should be accurately portrayed.

"(The Batang Kali killings) have been glossed over by the colonial government administration. This has been kept under the rug for so long," Ong told AFP.

"What these people are seeking really is historical redress as those that were killed have long been described as bandits and Communist sympathisers," he said.

For Tham Yong, the feelings of injustice remain raw.

"I'm still angry because these were innocent persons but labelled as bandits and communists, when all they were doing was collecting durians and not supplying food to the communists," she said.

"My advanced cancer means I will not around much longer, but I hope people remember what happened here so that those who were killed here are never forgotten." 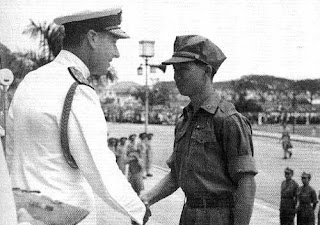